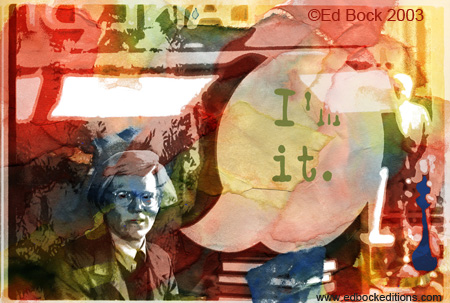 This image is based on a photo I took of Andy Warhol, when he was promoting his book in a department store window in 1977 in St. Louis, and a painted image I created in 2002 with watercolors and torn rice paper.   The book was “The Philosophy of Andy Warhol : (From A to B and Back Again)”.   In 1968 Andy Warhol gave a showing of one of his film efforts at the University of Miami where I was film student.   He had several projectors set up and kept starting and stopping them, overlapping the images and sounds.   It seemed rather random at the time.   I remember the big issue was whether he really was Andy, or the reported double that was rumored to give presentations for Andy Warhol.   This was my first contact with Andy Warhol’s work.   I have been very influenced by his style.   I also made another image, “I’m It”, using 9 frames from my black & white shots from that day. 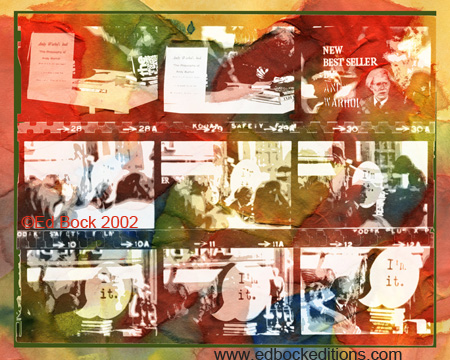